Read some of our previous publications

Why structure is good and more structure may be better… 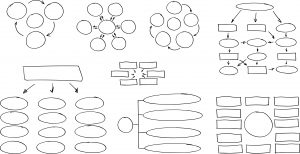 ‘There’s a whole lot of new ideas on org design out there – flatter, more agile, non-hierarchical, cellular, networked – how to know what might help in our reorganisation?’

You want to find an organisation design and structure that won’t just not get in the way of organisation performance but will help drive results by allowing the work, the information and the energy of people to flow. You want an organisation design that will be able to shift and re-balance itself in an agile way to respond to or anticipate changes in the market, in technology and in the industry dynamics.

This search often starts out as a turning away from ‘old’, ‘traditional’, ‘bureaucratic’, ‘hierarchical’ structures and an experimentation with agile organisation methods or flatter, self-managing, participative approaches – of which Holacracy is probably the exemplar brand.

But there is hierarchy and hierarchy. Elliot Jaques wrote the HBR article In Praise of Hierarchy years ago to lay some misconceptions and to set out the conditions under which organisation structure and hierarchy don’t just work but work well.  He called his overriding approach ‘requisite organisation’ – the structure and organisation that is required for optimal functioning. Others have developed the ‘requisite organisation’ approach including Brian Dive, whose DMA (Decision Making Accountability) solution has been developed and applied in Unilever and Tesco and others (and is also applied as Space to Lead)

What might surprise you – and gives some of the solid answers to organisation design questions – is that Holacracy and DMA have a lot in common.

There is a lot more to DMA and Holacracy than this, and there are substantial differences between them but don’t let that distract from the key point we can get from both approaches: clear roles and accountabilities are at the heart of every successful organisational form.  Start there and you have a solid foundation.

Read some of our previous publications   >